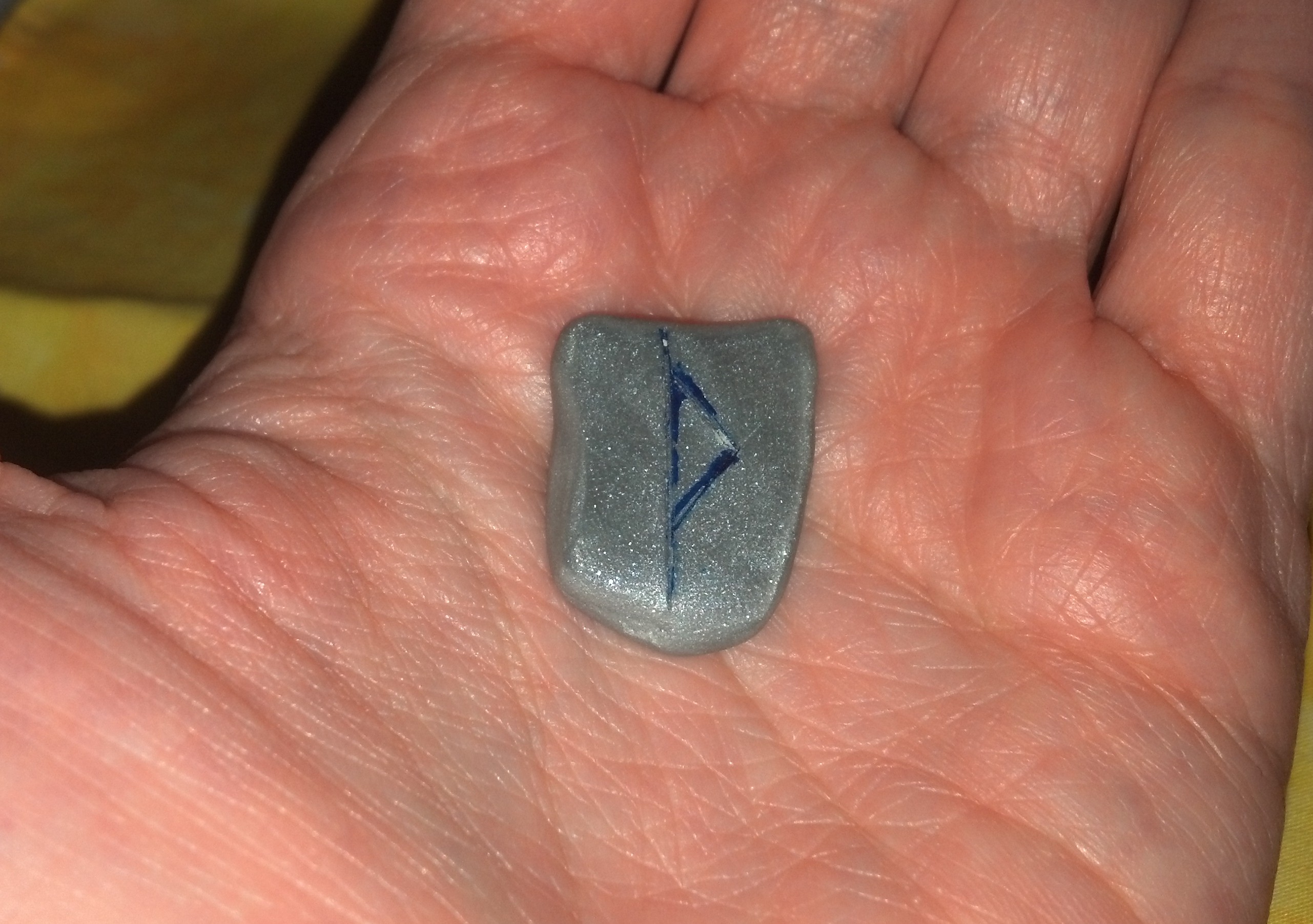 Thurisaz – thorn–  Thurisaz hasn’t been The Weekly Rune since fall of 2013. This rarity isn’t totally surprising, as this stave brings in energy of the Giants, and they’re a race not to be taken lightly–kind of a pun, since it represents Thor’s hammer.  We can only handle so many doses of their medicine.

When this Rune appears, blunt force is on the horizon, which in terms of life force indicates change. The third Rune in the first aett, Thurisaz sees us at the point that we’ve realized a need to take action, a point at which  we need to see the efforts of our own power. As such, it’s a Rune associated with masculine life force–the active  principle.

This Rune gets a lot of bad press, largely due to modern psyche not really understanding the role Giants played in Old Norse culture. When we look at the Runes as each stave comprising an element of a greater story, the Giants represent unconscious urges. As the power players in the creation of Earth from a mythological perspective, this is extremely significant, as Thurisaz indicates an abrupt modification of events, usually for the good, by our own choosing. It is that latter bit that distinguishes this Rune from the other “change” Runes; we have control.

The thing that makes control actually powerful is knowing what to do with it. In and of itself, control isn’t worth much, and having the discernment of how to hold it and enact it effectively delineates whether it’s useful.