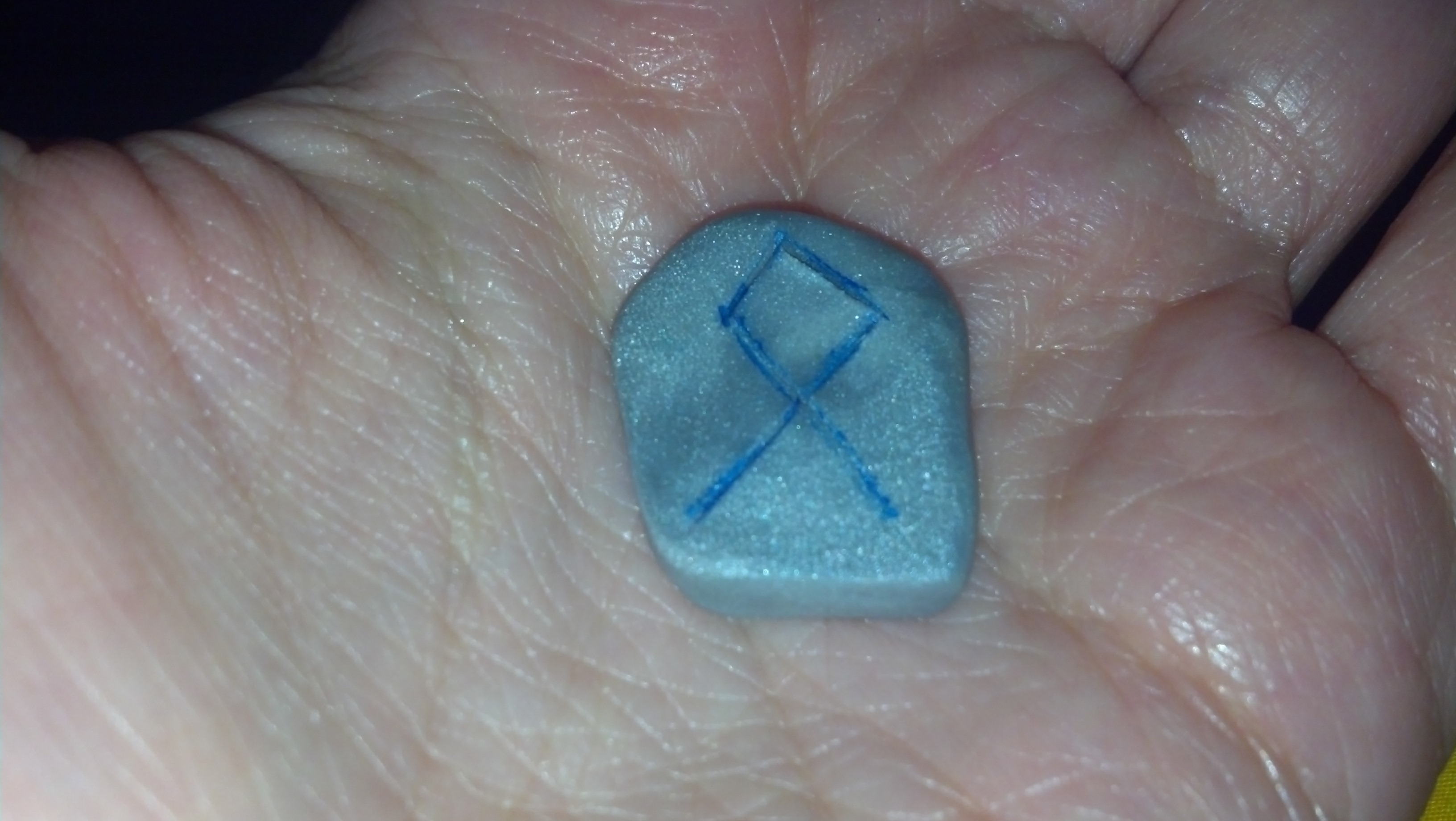 Othala – property – It’s been a long time since Othala appeared as The Weekly Rune, particularly presenting as reversed. In fact, it was November of last year, at the start of the holiday season. Intriguing that it visits now, as we transition into Yuletide. Note that the image shows Othala upright, or bright-stave.

Most regard Othala as the final Rune in the third aett, though some scholars position it elsewhere. Regardless of where it’s located, the agreement of its emphasis on inheritance remains the focus (Do comment if you have thoughts on its alternate placements!).

Spiritually speaking, it calls our attention to the wisdom of our ancestors, and calls us to own ourselves as part of that wise legacy. In other words, Othala makes us deal with our crap, so that we can see ourselves as informed support in our own council. A typical reversed reading would force us to deal with what smothers us–possessions, beliefs, thought processes, etc, with commentary on prefering the hell we know, fear of change and how that would affect status quo.

The impeccable timing of this stave speaks to something else, especially given that it’s come two years in a row at this same stellar point, and it’s perhaps the most uncomfortable subject of all this time of year: dealing with family.
Whatever the holidays bring, for most people they dredge up the absolute most catalyzing issues related to family, whether it’s the family we have, but the family we don’t have.

Othala reversed demands that we own the shadow of family along with its strengths. This doesn’t mean we can resolve an abusive past or deep hurts within the family this week. Maybe it means exactly that. But it does mean that the more peace we can find spiritually owning that such is part of who we are–not just who the rest of our family is–we can better connect with our ancestral allies.

We don’t have to become the dark parts to bless them and move beyond them. We just have to realize them, own that they are part of our wider etheric awareness of self, and remember that we can choose how we move forward in that knowledge.  Read more…