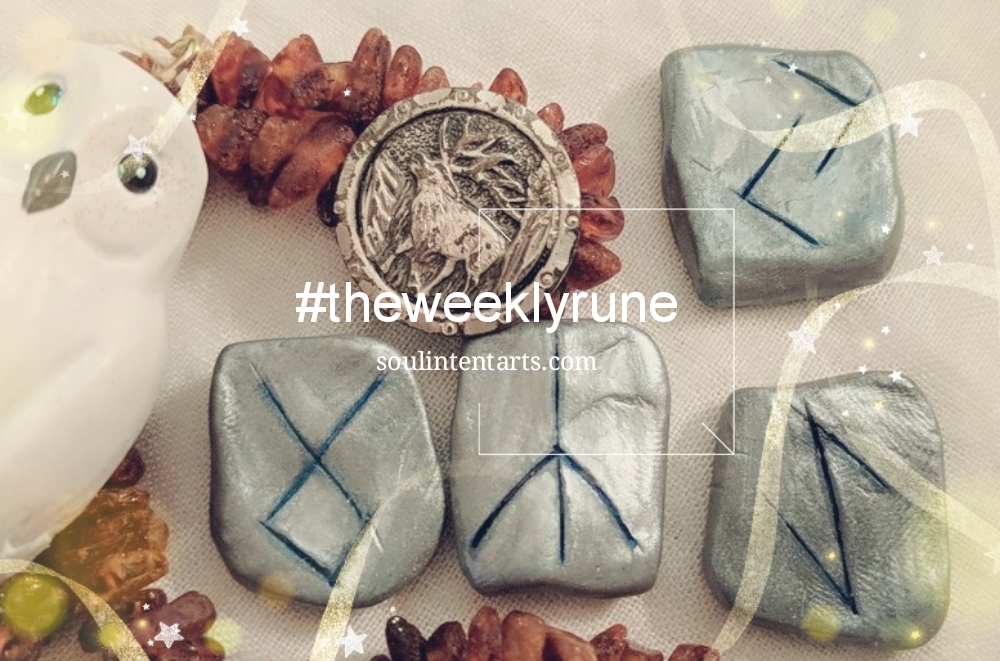 In which we must stand alone.

Also, check out my What in the Wyrd podcast. It’s runes, wyrd, shamanism, animism–you name it. Best yet, it’s short, little conversational bites designed to help us all bring our paths more deeply into the everyday. It’s available across all popular podcast platforms.

Just past (northern) Winter Solstice, we’re deep in the throes of “Hearth Accounting,” which is external and internal housecleaning of the deepest level. In the progressing narrative of the Elder Futhark, that’s not for no reason. Later this week, we shift into the half-month rune of Eihwaz, which many fret over. It’s the 13th rune, and it carries associations with death. Meaning, “yew,” this rune is no joke. It bears the characteristics of a tree that has incredible longevity, as well as a poison that can kill within hours.

With such power, the yew is considered a tree of life and death. It represents the meeting point between the two, which is us–the middle strata–of animate, embodied life. So when this rune comes up in casts, it hints at a strategic moment we need to be ready to defend and take action on. Called the High Self, True Self, etc., Eihwaz is the introduction to the aspect of ourselves that is at the level we believe guides and Ancestors to be. Instead of having the luxury of seeking insight beyond ourselves, this this stave we are required to embody in our experience, middle and messy as it is, and be our own resource.

As the rune informing us how to best work with Eihwaz, Algiz reversed reinforces the fact that we’re on our own, for now. Meaning ‘elk/sedge,’ this rune evokes a sense of protectiveness born of solidarity with the Home Spirits. Reversed, it suggests some complication in being able to reach the usual depth of connection, not that it isn’t there, but something in the works complicates it.

Again, not readily feeling available spiritual resources is part of life. We don’t always get the luxury of feeling our support–or feeling anything, for that matter. Sometimes we have to act from faith, do the work, and do our end to hold the space until things find the next balance.

This week’s rune of the strange comes from a deep voice within the Elder Futhark, as a collective. When I drew this rune, it very distinctly told me it wasn’t the planet or Nature speaking, but the Futhark, as a whole. Reversed, Othala suggests a shift in the Ancestors. I can’t make this stuff up, so I will just say it as it was told to me: This brief period is like the needle coming off the record. The music remains in the grooves, the record is still spinning, our capacity to hear it is intact. The needle is taking a break.

Over the next week, a reboot of Other is happening. I don’t know what that means, or how it will manifest. To me it sounds a lot better than other scenarios we’ve been presented with over the last two years. For this time, keep the home fires burning. We’re capable. We can tend the homestead by ourselves. And where possible, lift up a prayer for those who have carried us, those whom we have considered untouched and untouchable. Whatever space they need to withdraw and recalibrate, let us be the mature, capable humans they have helped us to be, and give them what they need at this time.