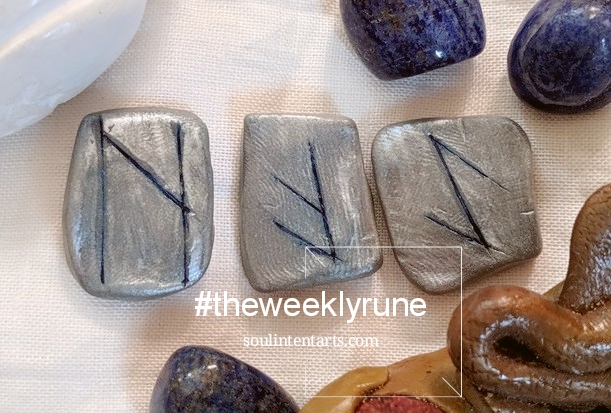 Finding our place in the unknown.


Eihwaz is the half-month stave through 13 January. Ansuz reversed is the intuitive stave, and Hagalaz indicates the planet’s message to us. Read right to left is Eihwaz, Ansuz reversed, then Hagalaz.

Also, check out my What in the Wyrd podcast. It’s runes, wyrd, shamanism, animism–all together. Best yet, it’s short, little conversational bites designed to help us all bring our paths more deeply into the everyday. It’s available across all popular podcast platforms, including iTunes.

Coming off entry into the new year, it’s a bit challenging to get new bearings. Indeed, the old ones won’t work, and the new ones haven’t quite revealed themselves yet.

And as soon as they do, bet on them changing.

Eihwaz is a rune of unknowns. What makes it approachable, even wanted, is it gives us a modicum of control. Folks think I’m crazy when I say things like that, because it’s associated with death. But seriously, what’s more predictable than death? We will all die. Culturally, we stall at the thought of it, because it’s feared and unknown. If we had any sense at all, what happens between birth and death would be the part we balk at. Death comes to us all. The corner must be turned. How we greet both tells the tale, and that’s the focus of this week. We can dwell on that which we have no choice, or we can realize the choice in how we progress through those things and make the most of the journey.

Ansuz reversed says we’re not doing so, gracefully. Problems arise around how we tell our story, which is most likely the story we’re telling ourselves. Inversely, it can also reflect that some current involvement isn’t being presented in an honest light. The emphasis isn’t on figuring out what the story should be, but on reallocating that energy and focus to update the story. It’s easy to get caught up in the mystery (drama) of unraveling the story (lie), though resist. It won’t go anywhere, and is missing the opportunity to write a much better narrative. This week’s rune of the strange comes from beyond the earthly scope, and is somewhere sourced in the world, people, or plane we are becoming. I had a very distinct feeling that this rune was selected by a solid thread into where we’re headed, which I found oddly soothing.

Hagalaz is the rune of hail. It can’t be reversed, therefore can (should) only be met head-on, and from a place of hunkering down. It’s the odd kind of wintry display that can occur any time, anywhere, often without warning. Likewise, the ice of this kind of destruction becomes the needed groundwater. It removes the unneeded dead. Figuratively, it is the wakeup call of something that was always a possibility, yet takes us unaware, all the same.

Perhaps more telling, Hagalaz is the epitome of being between states, between worlds. While there may not be a sweetspot in the transitions we’re experiencing on the planet right now, we can find the sweetness of flux, itself.