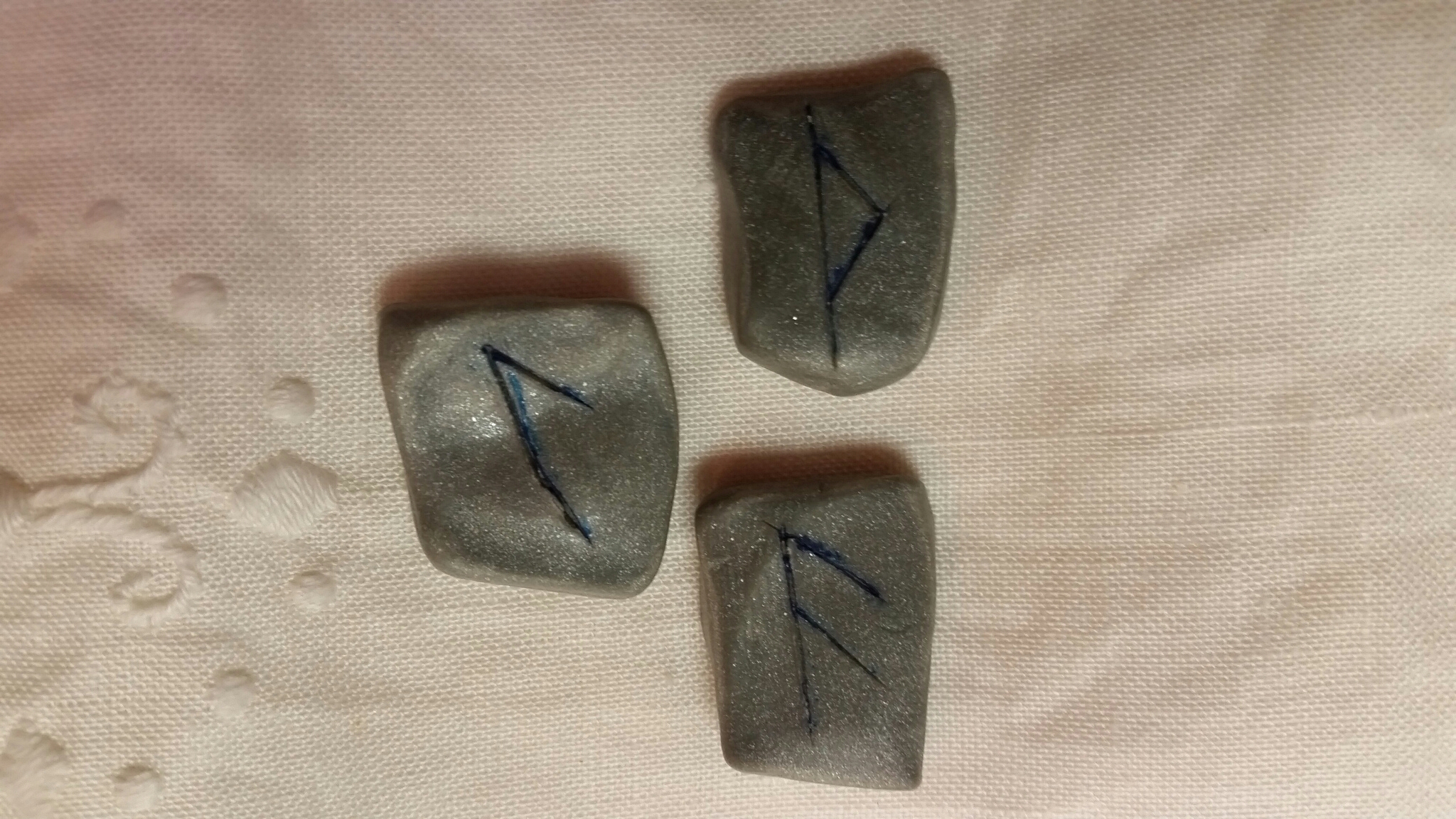 Into the Known, this week.

Thurisaz  remains the half-month rune until 13 August, at which point Ansuz moves to the fore. Read right to left is Thurisaz above, Ansuz below, then Laguz.

Following is a summary of The Weekly Rune. The full runecast is available through Patreon.  The full cast gives more insight into the half-month rune’s influence, and for $5 a month, receive The Weekly Rune before everyone else.  Find my more of my runic artwork on Etsy. With the introduction of a new self to the world, Laguz eases us into a new manner of expression. I’ve written of the concepts of Innangarðr and Útgarðr regarding the nine worlds of the Old Norse cosmology, indicating the Known versus the Unknown. Some may call this the hell we know, versus the hell we don’t know. It truly is a matter of perception.

This week we contend with order and chaos, while Laguz brings an element of calm to the shift. Related to ice, as well, Laguz indicates the eleven rivers (Hvergelmir) that flow from the icy world of Niflheimr. These rivers are the source of life as we know it. They created the elemental formula that resulted in Audhumla and Ymir, the progenitors of our galaxy (in my estimation).  Such is the creative force that’s available at this time, and we get to work with it on our terms.

Laguz generally indicates a time that the elements align in support of us, which of course means that we must recognize that support for what it is, and be ready to make use of it. We can have all the aid in the world, though if we don’t allow it, don’t do the work with it, we may as well be flailing against the current.

This week, stay focused on the resources that are available. There is method in the madness, and with that little reminder, who we are inside can be more congruent with  what we’re up against, outside.