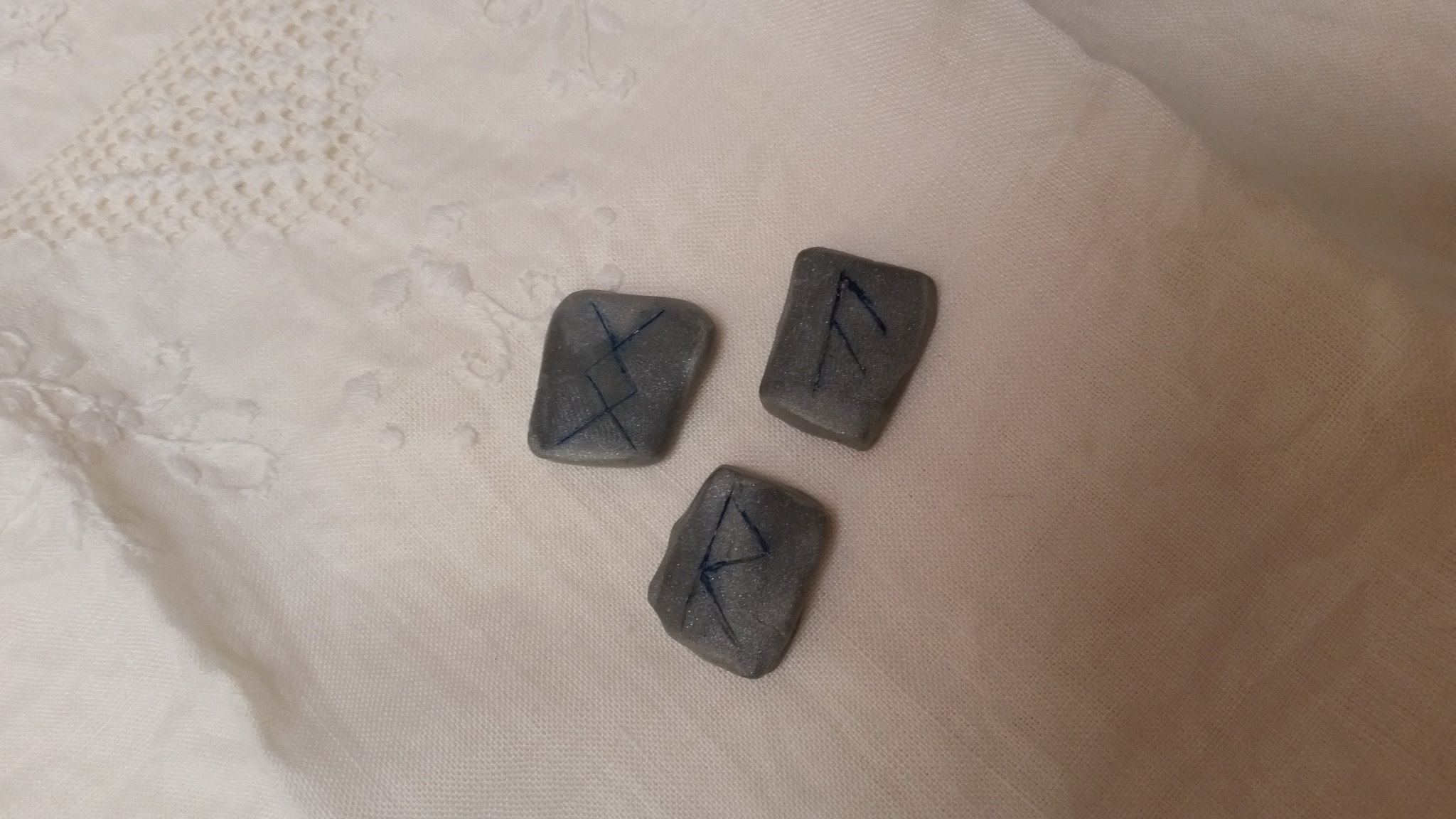 ‘Being church’ is the mantra this week.

Ansuz remains the half-month rune through 29 August, at which point Raidho moves front-and-center. Read right to left is Ansuz above, Raidho below, then Ingwaz.

Following is a summary of The Weekly Rune. The full runecast is available through Patreon.  The full cast gives more insight into the half-month rune’s influence, and for $5 a month, receive The Weekly Rune before everyone else.  Find my more of my runic artwork on Etsy.

The focus of the spring and summer has been seating into a new self. Through having it poked and prodded by everybody and their sister, we transitioned to making peace with how a new self impacts life around us. This week we get to put it all into practice.

Ansuz, as the half-month rune, brought us fumbling to order, after plumbing the depths of our chaotic natures. From a mythological standpoint, this first stave of the Æsir in the traditional ordering of the Elder Futhark, segues into Raidho, which presents a natural ordering with hints of organized religion. A phrase that generates a knee-jerk reaction in many, hearkening to the nuts and bolts of how a spiritual reality becomes discipline is far more organic than our modern sensibilities can sometimes allow.

I have a friend who addresses any significant meeting of kindred as ‘church.’ It could be a lunch date, a concert, a moment in Nature. That it has deep meaning is the only requirement. This week, Raidho puts it all together to form the church of self. Generally speaking, this is a stave of authority, of authoring how we tell our story. That, at some point, has to include parameters for what’s allowed, what goes against deep truth, and how to apply those tenets as a way of life.  This half-month rune is ensuring that we’re not just running on intuition. Again, that flies in the face of some readers as much as the organized religion bit. The reality is, it takes both wild intuition and disciplined ground rules to truly live out loud.

That’s where Ingwaz comes in. Traditionally accepted as meaning ‘the god Ing,’ it is more roundly indicative of his followers, who were the Ingvaeones-Nerthus cult. Significant in this connection is that this was a fertility cult, based upon the idea that the female consumes the male in order to replenish crops, energy stores, etc. The idea of something needing a proper amount of time to gestate before it can healthily and functionally come into being is the focus of Ingwaz.

Take time to figure out the parameters of the church of self.

We get to make our own rules about this. They will be challenged, and that’s okay.