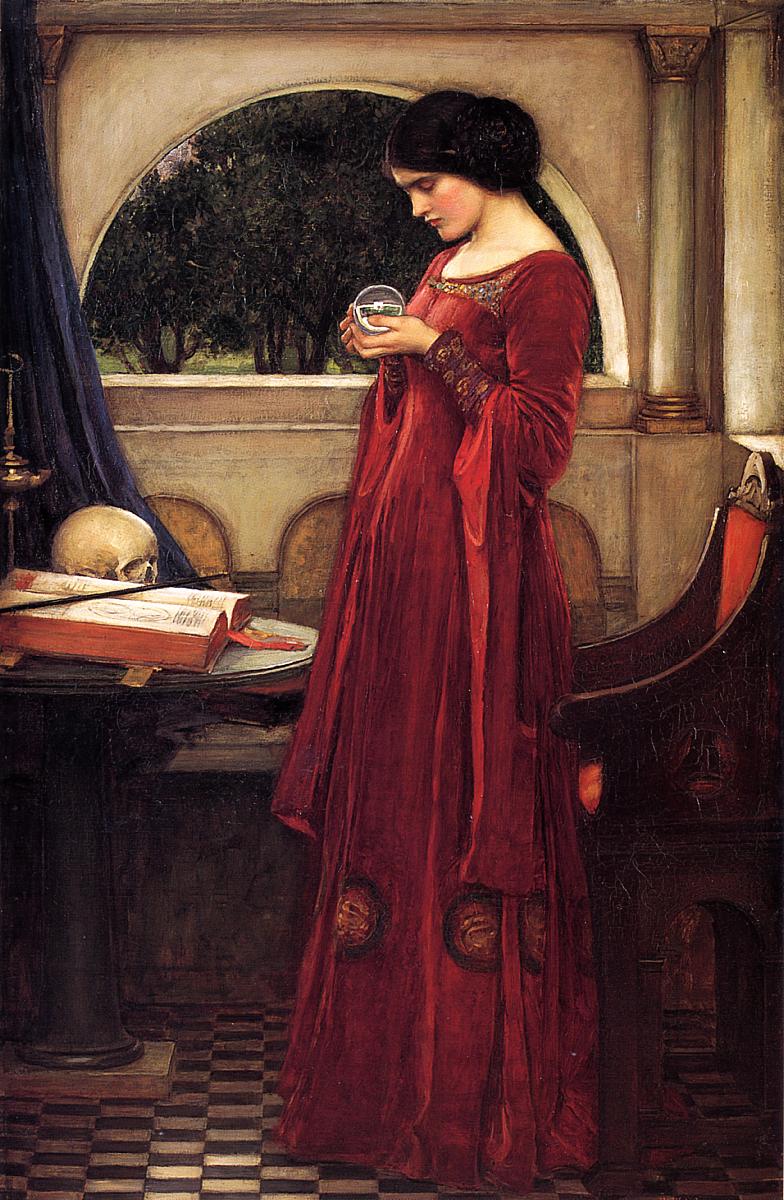 The prophecy of the bone is the upheaval of the mind. ~Kelley Harrell

I’ve been a lifelong intuitive, though it wasn’t until my late teens that I understood what that really means. At that point, I knew it meant that I perceived in minute detail subtler currents that others missed. Now, I realize it also means that kind of perception comes with a price.

For those of you who are new to the Betwixt series , on select Thursdays I shed light on lesser discussed aspects of the modern shamanic path, and the nuances of how it impacts every day life. For this installation, I drag the shadowed concept of prophecy from the corner, and give it the spotlighted attention it deserves.

Years ago I had a teacher who told me that detox and the symptoms of it, with regard to changes in life force, were a myth. I understood what he meant–that we don’t have to be sick to get well. We don’t have to suffer for healing.  ‘No pain no gain’ is a choice. I understood his words intellectually, though my experience with how life intentionally engaged with primal forces really works has been something different. Frankly, life not intentionally engaged with primal forces–as in my childhood, before I knew what all of this was–wasn’t without suffering, either.

Sure, theoretically we all have the potential to realize we’re so evolved that we can skip the messy work of human life, physical being, and interpersonal drama.  So then, why don’t we? Why aren’t we all perfectly healthy, sated, sane, and rolling in the big bucks. The consumers can purchase the for sale supplements, and receives a commission on those sales.

In short, because it doesn’t work that way. We don’t get to skip anything. I’ve met people who have, for lack of a better wording, moved beyond it. Whatever it is, and however they did it, they did. The thing that everyone of them relates is that there was pain with gain. There was the grief of letting go of one way of being, so that another could come in. There was the letting go of rigid perspective in order to hold a more healthy and flexible one.

For me, it goes something like this: Mid-January of this year, unsettling feelings began seeping into my everyday. I couldn’t clarify what they were. Yes, my everyday stays little to the left and I manage interesting neurochemistry, so I just sat with how I felt. I didn’t judge it. A few days later, a cousin that I’d been close to in my teens died. A terribly sad matter, I expressed my support to him and our family, and breathed through that tragic loss. Shortly after, the odd feelings cleared up.

In mid-March, I began to feel what I can only describe as a mental break, and yes, I know what that feels like. My perceptions and feelings seemed outside myself, or as if they belonged to someone else, which I recognized as symptoms of soul loss. Generally, soul loss happens after a trauma; I had experienced none. Remaining attentive to my mental health, I consulted my spirit teachers about it, and they assured me it wasn’t me. There was no lack of soul care on my part. All was well.

Except that it wasn’t. I monitored the feelings, and they got worse. I made The Phone Call, and found a therapist in hopes of gaining some coping skills with How My Life Works. I told my partner what was going on, and talked to Tribe about it. I don’t pretend that my life is fine when it isn’t. I work my support networks, and I call in reinforcements on all levels. I engaged my spirit guides again, and once more they informed me that I was not the focus of disarray at a soul, mental, or even chemical level. I was, however, clearly feeling it. The dissonance intensified. I started experiencing feelings of trance when I wasn’t intending them. As if reality had folded over on itself, life and its liminal layer played out for me at the same time. Such may be ideal to some people–to have a perfectly overlaid experience of the immediate moment with its spiritual significance at the same time. I suspect some would call that being truly present, in the moment. For me, it was horrifying. It felt like postpartum on speed. Walking through the day, I felt as if I could come out of my skin at any moment, and that aspects of me actually had.

Again, when I reached out to my guides for help, I got a “try again later” for my effort. They were in a state I’ve experienced before, which I call ‘cosmic triage,’ when crisis is so intense in my life that I need to sit tight, tend my practical needs, let them manage everything else. In short, the shit was hitting the fan, I just didn’t know when the blowback was going to happen.

I freaked out. This dynamic happened once before, when I was seventeen.  That summer, a generation of our family died–three elders–plus a cousin my age. From June to September, each died a-month-to-the-day apart. Those transitions razed my family, and took years to heal. I didn’t have a context for it at the time, but I experienced the same feelings of panic and separation before those deaths. In The Spirit of a Woman, I wrote about how unsettled I became prior to them, and the shocking sadness that settled after realizing I had known about their deaths, before.

Making that connection only heightened my distress in the present. My partner was flying to a conference, and I was filled with dread at the thought. Strange things began to happen around the house-odd shadows, feelings of paranoia, electronic oddities. At one point I heard a woman’s laughter when I was home alone. It was familiar, though I couldn’t place it.  Then our six-year-old daughter fell and broke her arm. The accident was stressful, though I was somewhat relieved, thinking that was IT.

Nights were the worst. I spent them feeling even more outside myself, experiencing waves of emotions, ranging from sheer delight and joy to terror and intense sadness. I felt nauseous, woozy with vertigo, and little electrical jolts through my body akin to fever. Several times, I had sensations of a presence pushing into my body, that triggered deep distress. I thought I was losing my mind. I continued my self-care on all levels, and held tight. My partner left for his trip, and contacted me when he landed. We talked about the things I was feeling, and I rested as well as I could.

The next day I learned that my grandmother was being taken off life support. Long story short, she and I have a very complex relationship, all realities considered. I realized the jumble of feelings that had been rifling through weren’t mine; they were hers. Her deathwalk co-mingled with my etheric field, and when I realized that, I spoke with her at length. The atmosphere lightened.

She died within two days. Things lightened for a couple of weeks, though I confess, I was still nervous. I couldn’t help but think of our family’s past cluster of losses, and feel tense. Three weeks after her death, the feelings began to ramp up again, and I braced myself.

Continued in Part II, next week.