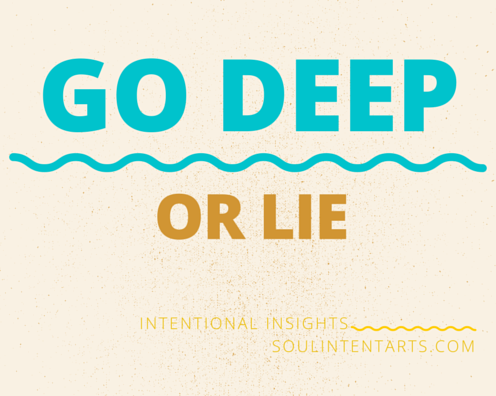 For the last year I’ve been in deep catharsis about what I’m doing on my path, what I want to do in my time on this planet. I’ve discussed it some in the Betwixt series, though it’s largely remained a personal exploration.

Part of that curiosity has been sitting with realities around childhood dreams of making my living as a novelist tempered by the more practical results of publishing. My truth is that I never wanted to do anything else. Complicating that desire with the shamanic fury in my head has generated a deep sense of purpose for me.  Yet like so many others who work the survival job and the passion job(s), I’m depleted and unable to make the strides I want in dazzling life areas because I expend so much just meeting mundane obligations.

The key to fusing elbow grease and manifestation is etheric relationship. I say it constantly to my students, clients, Initiates, mentorees. Relationship is everything in animistic life. Anything desired must be connected with and embodied if it is to become. In other words, we must become it. We must shapeshift into it.

With that in mind, I recently ventured to call in the spiritual manifestation of Writing for a meeting of hearts. Instantly a lovely man in his mid-twenties came to my sacred space. His skin was metallic gold, and he was very fit.

I thanked him right away for having been with me, pretty much from my first awareness of love of writing in childhood. I thanked him for inspiration, stamina, imagination–the gamut of what it takes to truly take the ignited spark and light not just a page, but a book. In doing so, I felt deeply what it’s like to have done just that, and to know that I will do it again.

Yet my heart grew sad around that thought, and I talked to him very openly about my disappointments, the changes in the industry, in my life, and how they have affected my desire to stick with it. I told him that while I love writing Intentional Insights, I didn’t feel supported by the professional process, that it didn’t give back nearly what it took out of me to create. He understood, and when I asked him what he needed from me, he stepped into my life force.

Being joined with him was familiar, invigorating in the same way as knowing what the next forty pages will say and racing to get the words out. As I experienced him conjoined with me, I became aware that connecting with Writing wasn’t enough. I needed to connect with Publishing, too.

I wasn’t thrilled about that. The writing isn’t what sucks; it’s the engine that is publishing, and how hard it is to retain visibility in it that drains, even for established authors. As soon as I had the thought, an extremely tall man with the horns of an auroch appeared. He glowed amber light and stood at least eight feet tall. His horns spanned ten feet easily.

He was a tad intimidating, though I proceeded to tell him my position on things. I spoke sincerely, as whine-free as possible, then waited. Without preamble, he stepped into me and Writing, and clear as day came the words, “Go deep, or lie.”

Embody, or fake it.

The impact of his proclamation was such that I was temporarily thrown out of the trance. It happens. Sometimes what transpires in ecstasy is so profound that it can’t be held, the moment can’t be sustained. I breathed through the disruption and slowly made my way back to the space.

Upon becoming aware of them, I was again merged with both Writing and Publishing. I held that connection for as long as I could, sitting with the revelation of authenticity and how it relates to what I want in my time here. I let my imagination go as I experienced embodying the currents I want more of, and I recommitted to time with Writing and Publishing, regularly. The other ‘r’ that travels with ‘relationship’ is reciprocity. Engagement goes two ways. It can’t just be all about us and what we want from the connection or life. I often work with others who understand the relationship part, though don’t engage reciprocity. They don’t value the bond enough to see the other being in it, which while hard to do, is imperative in any relationship–interpersonal, or inter-spiritual.

When I asked Publishing what he needed from me, embodiment was his response. Expression. Acknowledgment.

The thing is, we have to woo what we want in life. We have to tell it it’s pretty, buy it special things, make it feel spectacular. Modern Shaman and Podcaster, Christina Pratt, says a lot of profound things, though one gem she shared years back was the limitations of our intimate love relationships are mirrored in our etheric ecstatic relationships. Where we’re afraid to go, or don’t know how to proceed in intimate interpersonal bonds, we won’t just magickally transcend in spirit work. It’s not possible to go deeper in one part of life when we’re not invested in others, because it’s all related. That truth is at once transcendent and embarrassing, sad and liberating.

Who wants to admit their shortcomings in relationships? Who wants to truly overcome their personal shit to engage reciprocity? Yet nothing is gained without it.

Nothing is gained without it.

So, short of putting the cart before the horse–or the auroch in this case–my focus for now isn’t on writing or publishing, but on the relationship with both, and that of the other desires, people, I value most. My focus for now is on being in what I love, being in love with them, now.

What do you want most? Are you in relationship with it? Are you willing to go deep, or would you rather sustain the lie?