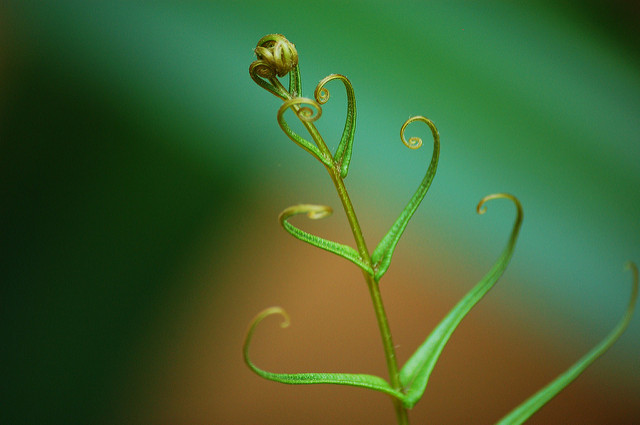 A few weeks ago, something happened that I’ve been reticent to openly discuss.

I know–it’s hard to imagine me being quiet. I talk about a lot of things In the Betwixt Series, and most of them are uncomfortable at best. This one, though, left me unsettled, and even more adrift at the thought of bringing it to others.

I think we all knew that wouldn’t last long, though, yes? Silly me.

The short version is, mid-January I was driving down the road when I heard a voice. Again, that’s not an unusual occurrence. I’ve had otherly takeovers before, whilst driving. And if I’m completely honest, I’ve experienced times of possession before, though I’ve got no crafty link to share on those. But this…

So, I was driving home on the first gorgeous day we’d had since November. The sky was perfect cerulean blue, not a cloud, glimmering sunlight, when suddenly I heard a voice in my head. Not unusual, though this one wasn’t one I often hear, by which I mean hadn’t heard it in years. Spokesperson for a group of higher beings I refer to as the Light Council (Aesir, Watcher beings??–my LiveJournal crew knows!), it spoke so rapid fire, the only way I could understand it was to say the words aloud, along with it. As soon as I did, the voice that came from my mouth wasn’t mine, and I couldn’t control the words. They were, “We can’t stop it. There’s nothing we can do.”

This went on for some time, and the only reason it ceased is because I became self-conscious with an abrupt, “WTFOMGS!” I was totally discombobulated and bawling, and for a few lingering seconds felt overwhelming sadness, guilt, and disappointment. I also knew without doubt I was experiencing the feelings of this being, and it was referring to Earth.

As in, the planet.

As in, what humans have done can’t be reversed, and we need to own that.

As in, some strata of gods can no longer hold back the effects of what we’ve done, and have had to admit defeat.

As in, hospice, for a planet.

As in, deathwalking is needed, now.

Before I concur with how crazytown it sounds, I’d like to discuss some interesting patterns I’ve witnessed last few years. Brace yourself, for a whole lot of UPG (unverified personal gnosis). I’ve worked with others to support and facilitate their spiritual paths for almost twenty years. I’ve seen a lot of shit. But mostly what I’ve seen is a lot of the same shit; meaning, for years, not much changed.

Until it did, and hasn’t stopped. I offer that the majority of my clients, mentorees, and students since mid-2012 have expressed a lack of ability to find center–even ones accustomed to deeply oppressive dynamics. It isn’t that center can’t be found; rather, it keeps moving.

Those of us who have been on the renegade spiritual path for a long while, usually as practitioners of some avenue of it, have enjoyed years of functional tactics, appropriate responses to shifting innerscapes that provide what’s needed. Since that same timeframe, many colleagues have shared with me that their tried methods for personal balance don’t work anymore, and the ones that bring results work short-term, a day, maybe a week. They’ve whispered dismay and embarrassment, as if they’ve lost their mojo, can’t be healed, can’t heal. In reality, it’s nothing they’re doing or not doing.

In fact, empaths that they are, the terminal state of Nature is expressing itself through them.

Cosmologies that have provided wisdom and discipline for decades suddenly are foreign. In the shorter term, by the time elements are called into sacred space, they’ve shifted. The space releases itself.

In that timeframe, I’ve also had perfectly sound people tell me they can’t control their own minds and feelings. Moods and states of being come upon them as if they aren’t their own, generating crises that feel foreign. Inexplicable anger, grief, anxiety, and sadness, rise as in the depths of mourning.

Because when a planet can’t find stasis, neither can anything that lives on it. Without is within. Since last October, I’ve worked with several people for whom the Elders of their land are leaving or have left. In truth, my relationship with my own has been strained.

That shift in Nature Spirits is the point that I realized just how pivotal this shift is. We’ve made base assumptions about life on Earth since we got here. In truth, they’ve been solid assumptions–things like, the sun will always rise, most definitely in the east, always setting in the west, north will always be north, south will be south, land boundaries are fixed. Yet, we know that’s not true. Our sun has an expiration, which means we do, too. The poles have shifted before, it’s just not in our cellular memory. And land that we’ve inhabited since our dawn is no longer habitable. Even our waterways are changing.

And on the more esoteric plane, we assume the Nature Spirits will always be connected to the land, to the elements. We take for granted that the Land Elders will always tend their end of the bridge, balanced by an engaged human on the other end. The reality is, the lack of human engagement on that passage in many regions, the destruction of the land, itself, has created an energetic imbalance we can’t fix. Many of our Land Elders have already left.

These things are not just in flux, they have changed. Even the sun’s position with regard to the earthly vantage point is contested. Try to throw a rock and hit a season. Confidantes who are sky readers and weather oracles setting their guidance by Nature, herself, find their lexicons shifting and scarcely legible for the first time in decades–if ever.

The last few years have been nothing but constant shifts, with time flying. And we know this. Somewhere deep down in our cells, we know our time living carte blanche on Midgard, Gaia, however we know Her, is limited, and somewhere in the Dreaming, an expiration has been surpassed. Who knows when, how, or what it means. I don’t, though I know we have hit a point of no return. The message I was given doesn’t mean stop saving endangered species and rainforests. It means change the intention of Earth stewardship from one of fixing what can’t be fixed to midwifing it all to What Comes Next, whatever that is. It means continuing to try to stop what has come to pass creates conflict with giving Her a dignified passage. It means it’s time for us all to start doing what we do best, all day, every day, and own it as our gift from the Multiverse, and the gift we give with every breath.

Does it all end? Do we end? Do we have a decade or a thousand? I don’t know. I know that words can’t express the relief I felt that the turmoil of the last few years finally made sense, that as the ultrasensates we are, we have been feeling Her demise without realizing it. We’ve sounded Her fear, Her disillusionment through our own emotions. Whatever comes, we are Her, and can’t resist the call to grow into Her next phase of being, any more than we can resist our own.

The old soul tech isn’t working; it’s time we create something completely new to meet the needs of now.