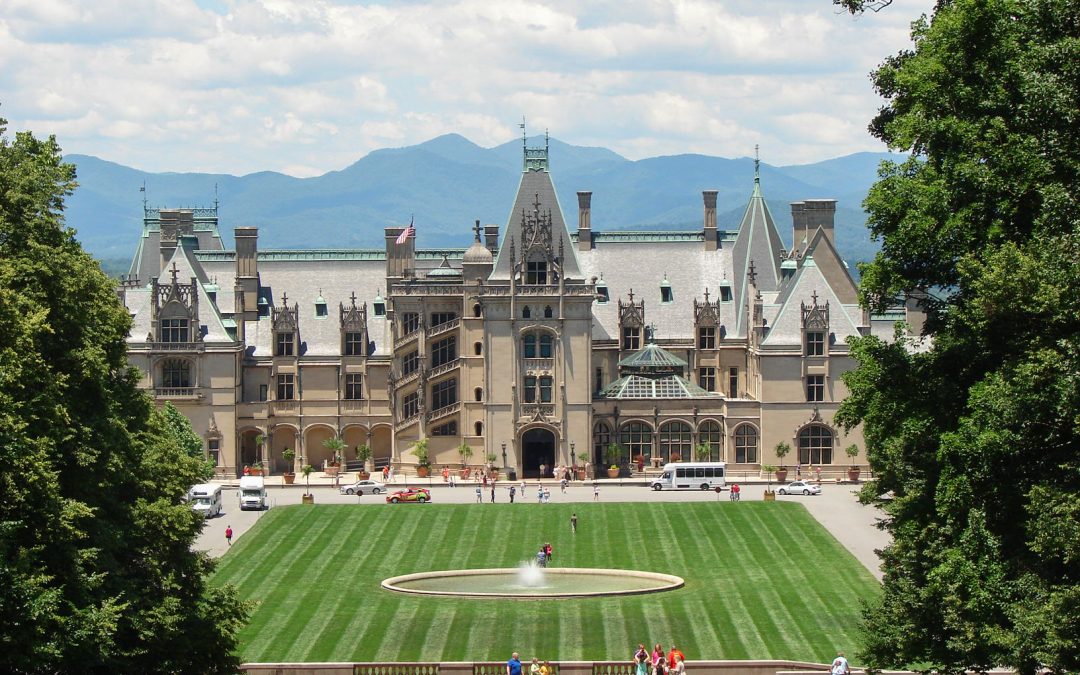 There are lots of stories about the Biltmore House, the largest privately-owned home in the United States, located in Asheville, NC. The mansion was built by George Washington Vanderbilt II between 1889 and 1895 and boasts an enormous 178,926 square feet, featuring 250 rooms.

Now owned and operated as a tourist attraction by Vanderbilt’s grandson, William A.V. Cecil, Sr., the home remains a landmark ushering in about 1 million visitors per year.

With so many souls passing through, it makes sense that some of them would stick around.

After having a creepy experience there when I was about fifteen years old, I set out to learn what history might support the fright I had there. At that time, there wasn’t a peep to be found about spooky shenanigans at Biltmore. I learned quickly that if there were supernatural occurrences, no one talked about them, and that the staff remained tight-lipped about such, even when directly asked.

Given time and technology, the silence changed. Some years ago, I revisited my research online, and found a wealth of eerie stories noted by visitors of the estate. Given the commodity of paranormal entertainment, even the staff had been permitted to share their stories. A couple of them mirrored my own chilly moments.

When I went, it was during the holiday season (which I don’t recommend, if you want to actually see and feel the house.), and the actual tour was a bit frenzied. I recall feeling a presence as we went up the tower stairs. The space was busy with so many holiday guests tramping up the staircase, though I distinctly felt someone brush against me as if going down the stairs. The force pushed against me, as if someone lost footing and sagged into me for a second, then continued down. I shrugged off the sensation, and thought nothing else of it. Some time later I learned that many people have had a similar experience on the North Tower stairs.

I distinctly felt someone brush against me as if going down the stairs.

I also recall in the Oak Sitting Room, seeing a man in a striped suit sitting at one of the tables that stretched alongside towering Yule trees. His back was to the room. I remember seeing him and rejoicing at the thought of sitting in one of the ornate chairs. The line moved terribly slowly, and I was eager to relax a bit. As I waited, I noticed the velvet ropes that separated the throng of people on the carpet runner from the furnished hard woods, and I wondered how the man had gotten through them. I glanced back to the chair, and it was empty. I have no idea who I saw, though there are many documented sightings of Vanderbilt, himself, in that room, and the Library.

The Halloween Room inspired a dreary feeling, though I sensed nothing there. Its ghoulish murals were haunting on their own.

The most disturbing experience I had was in the recreation area. Coming through the bowling alley, I began feeling uneasy, which crescendoed in the swimming pool to a near panic attack.

The tour led along a narrow passage to the side of the pool, which though empty, was incredibly deep. As we passed by, I saw the black figure of a woman glide under the water and rise from the pool, on the side where we stood. There wasn’t a ladder there, though she ascended the side of the pool as if there was. Around her was a shadowy grey blur, and she was very upset, crying, and trembling. I felt that she died there, and she stopped at the end of the line of guests, and spoke to me. Her mouth moved, though I couldn’t hear her. Keep in mind, I was fifteen years old. I was so frightened that I closed my eyes until the group moved on.

Others have noted similar experiences in the pool, including feeling overwhelmed by the spirit of someone who drowned there, hearing voices, and empathic past life recall.

Stories persist of phantoms in the pool, accompanied by splashing water and voices… all the while the pool remains empty.

I couldn’t get out of that place fast enough.

Today, stories–particularly those told by staff–of paranormal activity at the Biltmore have become legend. The headless orange cat that roams the grounds, cigar smoke that lingers on the non-smoking premises, laughter and splashing that echoes in the empty pool, disembodied voices that carry through vacated rooms.

The estate is certainly worth visiting, regardless of whether any spirits reveal themselves. Given the range of stories that come out of Biltmore these days, chances are, they will.

This article enjoyed 1.3k shares in its original publication on Candid Slice.