When Creepy Gets Creepier — Hotel Phillips 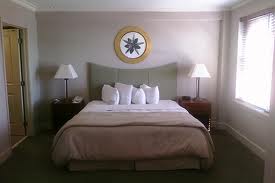 If you haven’t read the story I wrote some years back about my hair-raising experience at Hotel Phillips in Kansas City, MO, and that deathwalking experience, you’ll want to check that out before you go further with the following tidbit.

Since I first published the account of my stay at Hotel Phillips, it has been the most-read post on Intentional Insights. It amuses me, but baffles me, even more, that of all the posts I’ve written, of all the personal things I’ve shared, this encounter gets the most traction. It happened years ago, I’ve not said anything else about it, and the story is in my book, Real Wyrd. As far as I’ve ever known, it’s just another weird story in the life of me.

Except that apparently it’s more than that.

Back in 2012, the hotel Corporate Sales Manager wrote me, to learn if I’d written more about my experiences there. His note read more like damage control on the hotel than actual interest in anything I’ve done. I responded pleasantly that, no, I hadn’t written anything more, and thought nothing more of the exchange.

See, I don’t really enjoy this kind of punch-through-paranormal experience. In fact, I set boundaries, especially in public places like hotels and hospitals, for this sort of exchange not to happen. Sometimes it does, despite my best efforts, and that’s just the life of a shaman. Regardless of whether I enjoy it, sometimes help must be given.

I also will freely admit that I’m the one most shocked when I learn validating details of a paranormal encounter. It isn’t that I doubt my own experiences. Rather, I don’t get absorbed by it. I engage in spiritual interactions every day and intuit details of the past, maybe a future. I don’t dwell in them. So when I learn about the history of my paranormal experiences or other grounding details around them (like this one, this one, and anything on my site tagged Samhain), it’s always a little freaky.

In March of this year, I was contacted by a woman I will identify as “M.” M informed me that she had read my story, and that her great uncle was a man named Frank Bohatch. She told me that Frank had killed a woman in the Phillips Hotel sometime in the early 1930’s, then killed himself, and that she wanted to know more about my experience there.

After digging around, sure enough, I found Frank:

Frank Bohatch used this gun to kill Mrs. Ina May Stube in a hotel room in the Phillips Hotel in Kansas City, Missouri. It is alleged that Mrs. Stube was a prostitute who worked in the Kansas City area. Mr. Bohatch committed suicide with same gun after the killing in the same hotel. This gun was gifted to ballistics expert Merle Gill by the detective who investigated the murder , suicide. [1] Along with his death record. [2]

That was plenty to freak me out.  My skin was already crawling by that point. However, as it always does, the creep factor only continued to spiral. I began to find newspaper clippings indicating Bohatch made a murder-suicide pact with Iva Mae Stull, who was survived by her ten-year-old daughter, Catherine, who slept in an adjoining room. Newspapers ranging from the Iola Register [3], The Emporia Gazette [4], and The Joplin Globe [5], and many others reported the story. The press photo that circulated of young Catherine is shown below.

I did reply to M and told her my more personal account of what happened, which doesn’t at all match the tone of what the news articles say happened. Yes, there was a murder, but the woman who came to me was terrified of the man who killed her, and had been long before her murder. Also, the man who visited me wasn’t just some guy down on his luck who got mistakenly fired from his job when his woman did something wrong. He was deeply involved in the criminal element, and she wasn’t his first or only victim.

Maybe it wasn’t Frank and Iva Mae that I encountered. I have no idea, though my intuitive feeling is they were the spirits in my room at Hotel Phillips. Regardless, the knowledge that there are real people attached to the wild encounters that I have with souls of the deceased, remains humbling and centering. It reminds me that sooner or later we all become a story in someone’s memory.

If you’re not familiar with deathwalking, it’s a shamanic approach to releasing unquiet dead. I teach classes in it, and it’s a big focus of my shamanic work. Learn more about deathwalking: