A Year in “Teen Shamanism” – Realities in Publishing 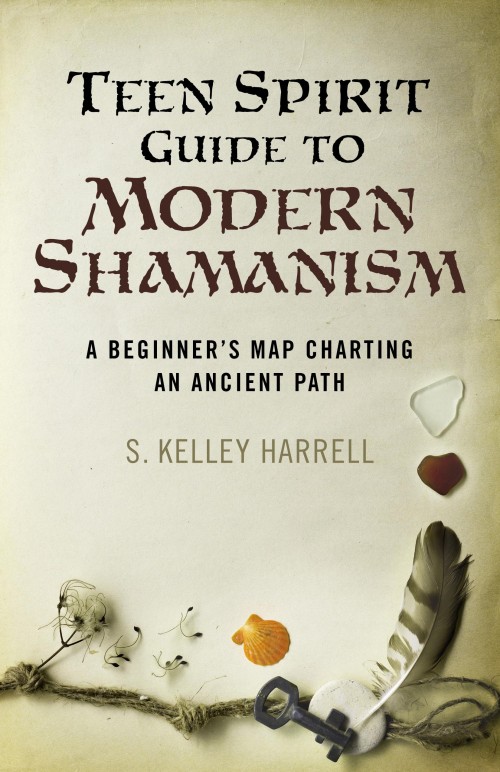 A year ago my book Teen Spirit Guide to Modern Shamanism was released by John Hunt  Books imprint Soul Rocks Books. This was my fourth book (technically my ninth if you count those written under my pen name, plus multiple anthology inclusions. I never actually counted all of those together, before. I just had a moment). In many ways, this was a book I never expected to write, yet oddly was the easiest one to deliver. Simply put, it’s the summary of my experience with modern shamanism, both as a young person stumbling through intuitive life, as a young adult bringing form to those experiences, and as an adult facilitating soul healing and teaching others. I have never spoken candidly about what it’s really like to write professionally. I never saw the need to, because so many other authors blog about such prolifically and realistically.  However, my perspective on publishing changed with the publication of Teen Shamanism, and I’d like to talk about what those were, and perhaps instruct those who aren’t as familiar with publishing with how it works, and what the outcome really looks like.

In the beginning of a publishing career, so many authors are just happy to be in print. That first book is like no other, and I’ve been fortunate that my first book, Gift of the Dreamtime, continues to stay on hearts and lips. It has since it was first published by Spilled Candy Enterprises, in 2004. That initial release saw it become a bestseller on Powells for ten years.  That was a thrill, no doubt. So, when Teen Shamanism came out last year, and landed on several Amazon bestselling lists the day it was released, I was over the moon. A year later, it’s stayed in the Top 100 of one of those lists consistently, and bounces in and out of the others, still.

The thing that struck me is other people started to notice the success of the book, as well, and began making assumptions about how that should reflect in my life. It’s that kind of irony in the art world that I don’t think happens quite that way in other industries. Artists of all media talk about how they become #1, bestseller, award-winning, and still struggle to pay their bills. How does that happen? I’ll tell you.

$27. To date, that is the amount I’ve pocketed from the sales of this book. How many did I sell to earn that? Frankly, it depends on what day you ask. Books look like they’re sold, only to be returned from trade sales. Amazon and Neilsen say this, the publisher database says that. Nonetheless, according to my publisher, between May and December of last year, Teen Shamanism sold 212 print and ebook copies.  By the time all percentages were calculated and everyone else was paid, I made $27.

The reality of a book’s life is that unless something dramatic happens with subsequent publications, the subject matter becomes en vogue, or the author stumbles into some other spotlight that shines on published books in retro, the first six weeks of a book see its highest numbers of sales. From that point on, sales only diminish. Regarding rankings, the first 48 hours determine the lifelong placement of a book in Amazon’s algorithm. In other words, pre-sales matter, which are what put Teen Shamanism on the map, and have kept it there. I’ve spent the last year reflecting on the reality of publishing as my profession (which, it’s not for those of you who were curious. I have a day job as a writer, in addition to my shamanic practice, other writings, and art). Part of that reflection has entailed grieving the life I didn’t have. I have wanted to be a career author since I was four-years-old. It’s all I ever wanted to do, as my job. It still is, really. This was another hard reality born of last year’s exploration.

Well, I am a career author. But I do a bunch of other things that actually pay the bills.

I’d be lying if I said my experience with Teen Shamanism hasn’t taken a toll on my momentum to keep publishing. It most definitely has impacted my steam. At the end of the day, I love to write. I will never not write (<–I’ve earned that), though my expectations of what I can put into it without killing myself are clearer. I’m not jaded by those newb writer dreams. I’m also clearly not writing for anyone but myself.

Writing for publication is a tough gig that requires equally tough chops. People fret the submission process, though actually getting a book written and under contract is just the beginning of the work ahead.  Most of the work is making peace with the whole process. A couple of weeks ago my agent and I agreed that to write for publication, you have to be a little crazy, because it’s a challenging pursuit on many levels.

It is indeed an effort of love.

For the month of June, the Teen Spirit Guide to Modern Shamanism ebook and its sibling in the Teen Spirit series (which was released the same day), Teen Spirit Wicca by David Sailsbury, will both be available for $0.99.